What is virtual reality and what should it be?

INTRODUCTION : A- Game art nowadays
B- Define virtual reality
C- What should it be?

BODY PARG: A- What are examples of virtual reality.
B- How should it be projected.
C- Argue on what should it be.


Conclusion : summary + opinion
Posted by Lana at 8:03 AM No comments: 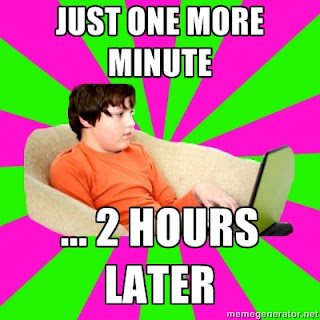 “Every form of addiction is bad, no matter whether the narcotic be alcohol or morphine or idealism.” Carl Jung, Computer game addiction is depicted as a drive control issue, which does not include utilization of an inebriating medication and is fundamentally the same to obsessive betting .Computer game enslavement has additionally been alluded to as computer game abuse, neurotic or habitual or extreme utilization of PC diversions and/or computer games. Some of the most popular on-line games include EverQuest, Asheron Call, Ultima Online, World of Warcraft, Final Fantasy, Vanguard, and City of Heroes. MMORPGs are networks of people, all interacting with one another to play a game to achieve goals, accomplish missions, and reach high scores in a fantasy world.  combine elements of role-playing games, fighting, and killing in a social chat channel with limited graphics. Those suffering from video game addiction may use the Internet to access massively multi-player online role-playing games (MMORPGs) and multi-user domain games (MUDs). (Thoughts about previous on-line activity or anticipation of the next on-line session.) Use of the Game in increasing amounts of time in order to achieve satisfaction. What are the warning signs of video game addiction,  Preoccupation with the Game,  Gaming longer than originally intended , Lies to family members, friends, therapists, or others to conceal the extent of involvement with the Game,  Jeopardized or risked loss of significant relationships, job, educational or career opportunities because of Game use,  Feelings of restlessness, moodiness, depression, or irritability when attempting to cut down use of the Game and the use of the Game is a way to escape from problems or to relieve a dysphoric mood. There are also other symptoms of addiction in games which are physical like Fatigue, tendency to fall asleep during school, Not completing homework or assignments on time, declining grades, or failing classes, dropping out of school activities, clubs, sports, etc and isolating from family and friends to play video games. Why do you become addicted to games though?! Many persons who attempt to quit their Game use experience withdrawal including: anger, depression, relief, fantasies about the game, mood swings, anxiety, fear, irritability, sadness, loneliness, boredom, restlessness, procrastination, and upset stomach. Being addicted to video-gaming can also cause physical discomfort or medical problems such as: Carpal Tunnel Syndrome, dry eyes, backaches, severe headaches, eating irregularities, such as skipping meals, failure to attend to personal hygiene, and sleep disturbance. Those suffering from video game addiction spend more time in solitary seclusion, spend less time with real people in their lives, and are often viewed as socially awkward. They may attempt to conceal the amount of time spent playing, which results in distrust and the disturbance of quality in once stable relationships. Gaming addictions result in personal, family, academic, financial, and occupational problems that are characteristic of other addictions. Impairments of real life relationships are disrupted as a result of excessive use of the Game. Much of the equipment needed to play video games designed for prolonged use can be quite costly and many MMORPGs charge monthly subscription fees. Those at highest risk for creation of a secret life are those who suffer from low-self esteem feelings of inadequacy, and fear of disapproval. Some individuals may create on-line personas or "Avatars" where he/she are able to alter his/her identities and pretend to be someone other than himself or herself. Arguments may result due to the volume of time spent playing. Such negative self-concepts lead to clinical problems of depression and anxiety. Additionally, gaming can become very costly, resorting in financial consequences. In order to get help there are a lot of organizations who take care of these problems and help you out get over you addiction.
Posted by Lana at 3:16 AM No comments: 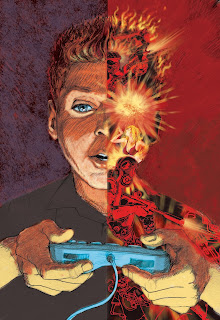 "Children who see a lot of violence are more likely to view violence as an effective way of settling conflicts. Children exposed to violence are more likely to assume that acts of violence are acceptable behaviour.Viewing violence can lead to emotional desensitization towards violence in real life. It can decrease the likelihood that one will take action on behalf of a victim when violence occurs." The American Academy of Paediatrics, American Academy of Child and Adolescent Psychiatry, American Psychological Association, American Medical Association, American Academy of Family Physicians, and American Psychiatric Association, wrote in a July 26, 2000. Proof of the uniqueness between the way we take a gander at movies and amusements, and the waiting discernment that diversions are more suitable for kids, is plain in the dialect utilized as a part of the appeal that evidently conveyed the issue to video games seller's consideration: "This sickening diversion urges players to submit sexual viciousness and murder ladies", and "recreations like this are preparing yet another era of young men to endure savagery against ladies". In particular, while a few discoveries of the Interactive Games and Entertainment Association's yearly Digital Australia overview may astound a few individuals (47 for every penny of gamers are female; the normal period of computer game players is 36), one finding is unfortunately not astonishing by any stretch of the imagination: less than 50% of the individuals reviewed said a diversion's arrangement impacts regardless of whether they'd purchase it for a kid. For this situation, as opposed to tending to the inconceivably imperative issues of savagery against ladies (in the real lived world) or the introduction of youngsters to complex media they can't would like to process, the open deliberation has pummelled back to the same old talk: that rough representations advise a vicious society (not the other route around), and that decimating the representations will by one means or another result in a more secure environment.Christopher Ferguson, a clinician at Stetson College in Florida, completed two studies into media savagery. In the to begin with, his group connected US murder rates somewhere around 1920 and 2005, with occurrences of roughness portrayed in movies. In spite of the fact that there was confirmation of a moderate relationship between an ascent in screened and genuine roughness amid the 1950s, this turned around all through whatever remains of the century, with occurrences of screen viciousness conversely identified with manslaughter rates in the 1990s. In the second study, utilization of rough computer games was measured against youth savagery rates in the past 20 years. The study presumed that playing computer games corresponded with a fall in brutal wrongdoing executed by those in the 12-17 age bunch. The examination paper likewise addresses the legitimacy of past studies into connections between genuine and screened viciousness, which have to a great extent depended on research facility testing. The courses in which forceful practices have been investigated and measured before, with guineas pig observing short clasps of rough substance and after that completing indicated exercises, may well have prompted results which have little significance outside of the research facility environment, the study proposes."The extent to which research facility concentrates on steadfastly catch the media experience is additionally disputable," composes Ferguson. "Numerous such studies give introduction to just short clasps of media, instead of full account encounters, in which brutality presentation is outside of a story connection. The resultant forceful practices are likewise outside a genuine setting, in which the animosity gives off an impression of being authorized by the analysts themselves, who give the chance to hostility.
Posted by Lana at 2:27 AM No comments: 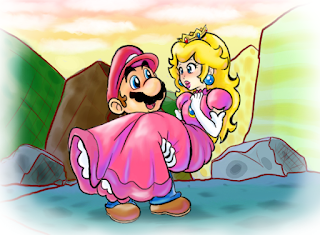 In most of video games women are said to be violated especially in a game called GTA( Grand Theft Auto). Women are beaten up and characterized as prostitutes and not to forget to mention that you cant be a female character playing the game . It is apparent that the traditional woman depicted in video games is the most popular role of women in video games are stereotypical and traditional in nature .It is arguedthat these characterizations may have a real effect upon the attitudes of children toward women and relationships and their expectations about behaviour. The predominantly male (88.5%) and heterosexual (92%) community of game developers designs their female characters as weak, distracted, and as having vices. According to Electronic Entertainment Design and Research, the lack of strong female characters present in video games is due to the fact
that "there's a sense in the industry that games with female heroes won’t sell". A German longitudinal study was distributed that investigated the association in the middle of gaming and sexist states of mind. This study investigated whether video games changed sexist states of mind amongst its members. The study additionally took an exceptionally wide perspective of video games and did not particularly target recreations with sexuality substance. That is a considerable measure of information  significantly, it likewise originates before any present debate with respect to the conviction that playing recreations some way or another makes individuals sexist.Concerning who subsidized the exploration in the event that it were a diversions distributes then that would raise doubt about the study, as they would plainly have a personal stake in the outcomes. The study was based around development hypothesis, which sets that long haul introduction to media substance can influence our impression of our general surroundings. The outcomes comprehensively demonstrate that playing videogames doesn't make individuals sexist. The principal is the certainty this was a longitudinal study and the second is who subsidized the exploration. Those two vital focuses aside, as the study was led in Germany it's misty how material these discoveries would be to different nations. So playing bunches of video games ought to influence individuals somehow.
Posted by Lana at 1:40 AM No comments: 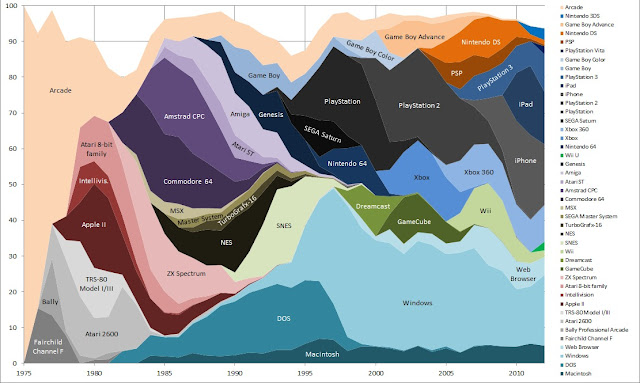 Genre, as applied to Video Games, typically describes the style of game play rather than that of the story or setting as in other media. Many games mix and match among them. Video games have a huge list of genre and as I mentioned before sometimes there is video games with mixed genre . For example ,  Action,  Shooter, Action-adventure, Adventure,  Role-playing, Simulation,  Strategy, Sports and other notable genres like Idle gaming Video game genres by purpose Scientific studies. Genre is important because it also plays a role when it comes to age and consumers buying the games.
Posted by Lana at 6:33 PM No comments: Emergent Narrative is the concept that, when a game offers enough freedom to the player, the player can form their own story. Emergent Game-play is the idea that, rather than shoehorning the player into a pre-constructed story, you should establish a structure, through game technicalities, in which a player can experience their own stories.  One  Minecraft player might have tales of profound exploration, while another might tell of his Fitzcarraldo-like endeavor to build a stronghold on top of a mountain.  These games give players a world and tools which allow them to experience wholly unique stories.  No two games of Minecraft are ever alike.  Ditto for Dwarf Fortress, or Sim City, or Grand Theft Auto.  Hell, board and tabletop games are a study in emergent narrative, where the stories that emerge depend more on who you’re playing with than the game itself, and the mechanics are just there to facilitate.
Posted by Lana at 4:51 PM No comments: